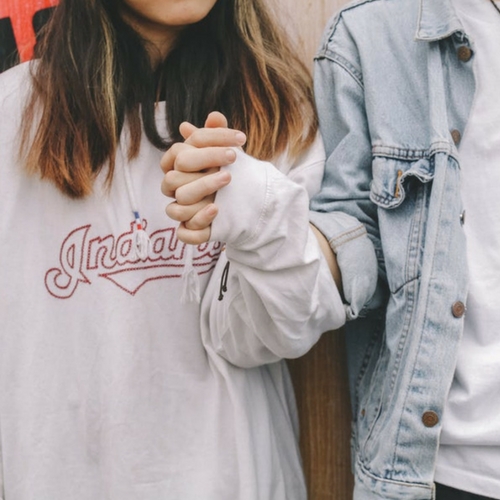 Valentine’s Day is often focused on women, enlisting men with gift ideas of what he could buy for the special lady in his life, with flowers, jewellery and chocolates being popular choices. But for a woman, Valentine’s Day is also a time to show her love and appreciation for her special man. Hearts and flowers are not something that most men will appreciate, so to make your Valentine’s Day gift shopping easier, we have found some great gift ideas for men in some of your favourite stores.

If you’re willing to spend a lot of money on his Valentine’s Day gift, new tech is a great way to go. He might have dropped some hints about the gadgets he wants, but if he hasn’t, we have some tech options you could consider.

A great pair of headphones are ideal for the man who loves music, gaming, or watching movies and box sets on his laptop. A new gaming console might be outside of your budget, but if gaming is his thing and your budget can stretch to it, there are some brilliant games consoles to consider.

A more affordable gaming option is to buy him a new game for the console he already has. There are a number of highly anticipated games for 2018, unfortunately most of them won’t be released in time for Valentine’s Day. But there are still a few new releases and soon to be released games that you can consider as potential gifts.

Fragrances aren’t just for women. A designer fragrance could be a great gift option, especially if this is something he likes but wouldn’t normally purchase for himself. You can pick up some great deals and gift sets in the lead up to Valentine’s Day that the special man in your life will adore.

Clothing may be considered a more intimate gift item, as fashion is a personal choice, but if you feel confident enough to choose something for him to wear, then shirts and jackets make great gifts. However, when it comes to shirts, avoid anything too flamboyant and rather stick to muted colours and simple patterns like check and stripe designs, as this is more likely to be well received by your Valentine than a bright pink floral shirt, unless that is something that they would usually wear.

We use cookies on our website to give you the most relevant experience by remembering your preferences and repeat visits. By clicking “Accept All”, you consent to the use of ALL the cookies. However, you may visit "Cookie Settings" to provide a controlled consent.
Cookie Settings Accept All
Manage consent

This website uses cookies to improve your experience while you navigate through the website. Out of these, the cookies that are categorized as necessary are stored on your browser as they are essential for the working of basic functionalities of the website. We also use third-party cookies that help us analyze and understand how you use this website. These cookies will be stored in your browser only with your consent. You also have the option to opt-out of these cookies. But opting out of some of these cookies may affect your browsing experience.
Necessary Always Enabled
Necessary cookies are absolutely essential for the website to function properly. These cookies ensure basic functionalities and security features of the website, anonymously.
Functional
Functional cookies help to perform certain functionalities like sharing the content of the website on social media platforms, collect feedbacks, and other third-party features.
Performance
Performance cookies are used to understand and analyze the key performance indexes of the website which helps in delivering a better user experience for the visitors.
Analytics
Analytical cookies are used to understand how visitors interact with the website. These cookies help provide information on metrics the number of visitors, bounce rate, traffic source, etc.
Advertisement
Advertisement cookies are used to provide visitors with relevant ads and marketing campaigns. These cookies track visitors across websites and collect information to provide customized ads.
Others
Other uncategorized cookies are those that are being analyzed and have not been classified into a category as yet.
Save & Accept
Powered by